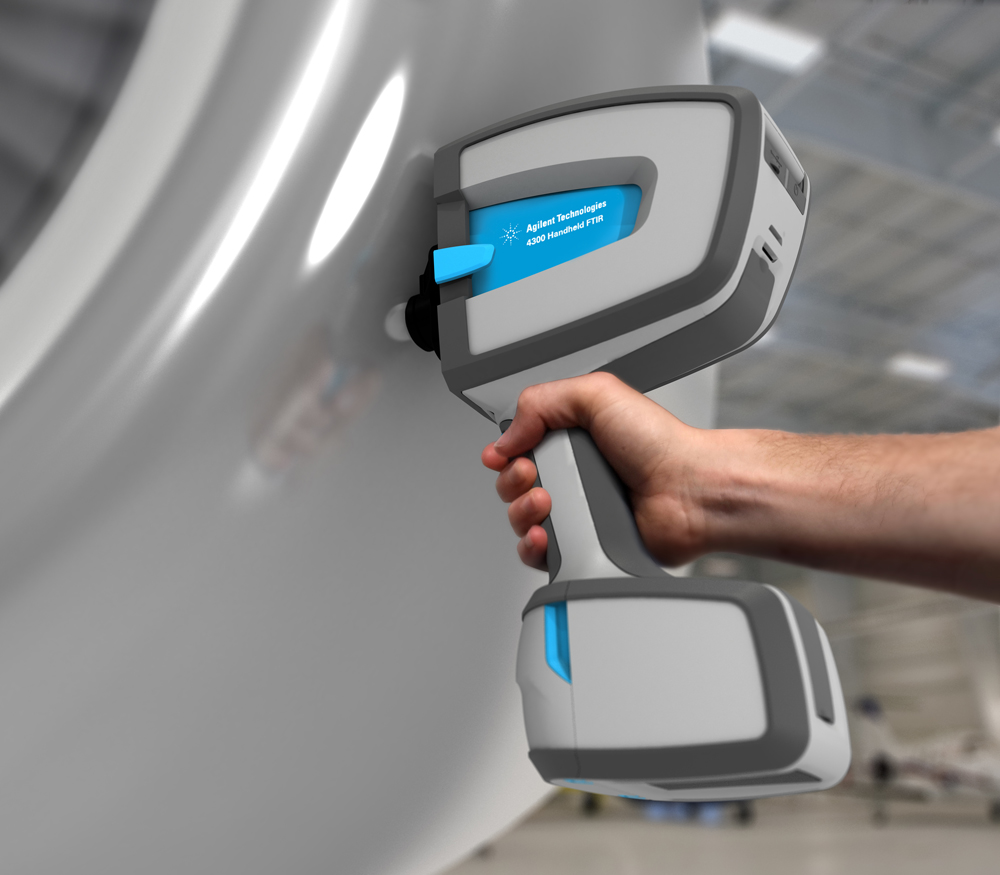 The handheld Agilent 4100 ExoScan FTIR can be used to effectively measure epoxy primer thickness on aluminum. The calibration technique facilitates accurate predictions. Sensitive enough to detect even small discrepancies in thickness, the system is ideal for use in aircraft applications.

Determination of primer thickness is key to the quality control of many painting processes. Ultrasonic and Eddy Current probes can be used to measure coating thicknesses; however, they often lack the resolution required for thin primer coats.
The Agilent Handheld FTIR enables easy measurement of both chemical composition and thickness of organic and oxide layers on metallic surfaces. The absorbance of IR spectral bands is directly related to the concentration of a chemical substance, and the pathlength of the light through that substance.

The Agilent Handheld external reflectance sample interface used in these studies transmits the light completed through thin coatings and collects the reflected light. Since the pathlength is defined by the coating thickness, the IR absorbance is directly proportional to the coating thickness. Additionally, since IR absorbance bands are specific to chemical functionality, the method can be designed to look at bands solely due to the epoxy resin in the primer, making it unaffected by additives and fillers. Unlike other lab based IR spectrometers, the 4300 handheld FTIR enables non destructive analysis of large parts. 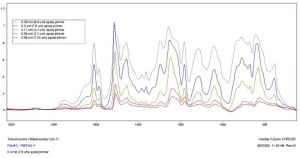 This study demonstrates the use of the 4100 ExoScan FTIR for determining epoxy based primer thickness on aluminum panels. A series of calibration standards were measured by the 4100 ExoScan; their IR absorbance was correlated to the thickness as measured by destructive physical testing methods.

A second set of ‘unknown’ samples were tested, showing that the thickness could be accurately measured. 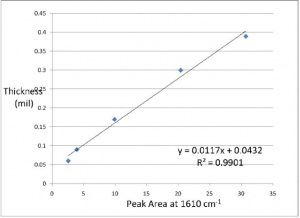 This study shows that the handheld Agilent Handheld FTIR spectrometer can be used to measure the thickness of aircraft epoxy primers on aluminum. The excellent linear agreement of the calibration shows that an accurate prediction can be made using this technique. Additionally, the system is sensitive to small changes in primer thickness, even at thin coatings typically used in aircraft applications.